Conejo Jewish Academy
A project of Chabad of the Conejo
Lecture

A Chassidic Gathering Marking the 72nd Anniversary of the Leadership of the Lubavitcher Rebbe, Rabbi Menachem M. Schneerson

The tenth day of the Hebrew month of Shevat, marks the yahrzeit of the sixth Lubavitcher Rebbe, Rabbi Yosef Y. Schneersohn, and the date on which his son-in-law, the Rebbe, Rabbi Menachem Mendel Schneerson formally assumed leadership of the movement.

To mark the occasion, Chabad of the Conejo will host a “Farbrengen” - a Chassidic gathering of warmth and inspiration - retelling stories chronicling the amazing life of Rabbi Yosef Yitzcahk, (whose battle for the physical and spiritual life of the Jewish people pitted him against the Czarist regime, Stalin’s henchmen, the Nazi Holocaust, and the spiritual apathy of the “New World”) and our generation’s Rebbe, Rabbi Menachem M. Schneerson, who built upon the foundations laid by his predecessor and made “Chabad-Lubavitch” the force for Jewish renaissance it is today. 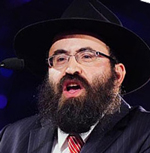 Director of Chabad of Sacramento, CA

IN HONOR OF YUD SHEVAT

For Men and Women

AM I MY OWN ENEMY?

My Journey from Muslim in Kuwait to Jew in Jerusalem

IN HONOR OF YUD SHEVAT

From Rapper to Rabbi

A Journey Back Home

The Science and Miracles Behind Israel’s Defense Weapon

The Daily Dose of Wisdom

New Message Every Weekday Morning at 8 am on Facebook

Get a Whiff of Your Heritage!